Vimerum is a free Oculus Quest application focused on relieving the problems of remote companies with the help of virtual reality. With Vimerum, companies can utilize virtual meeting spaces to make communication more engaging. 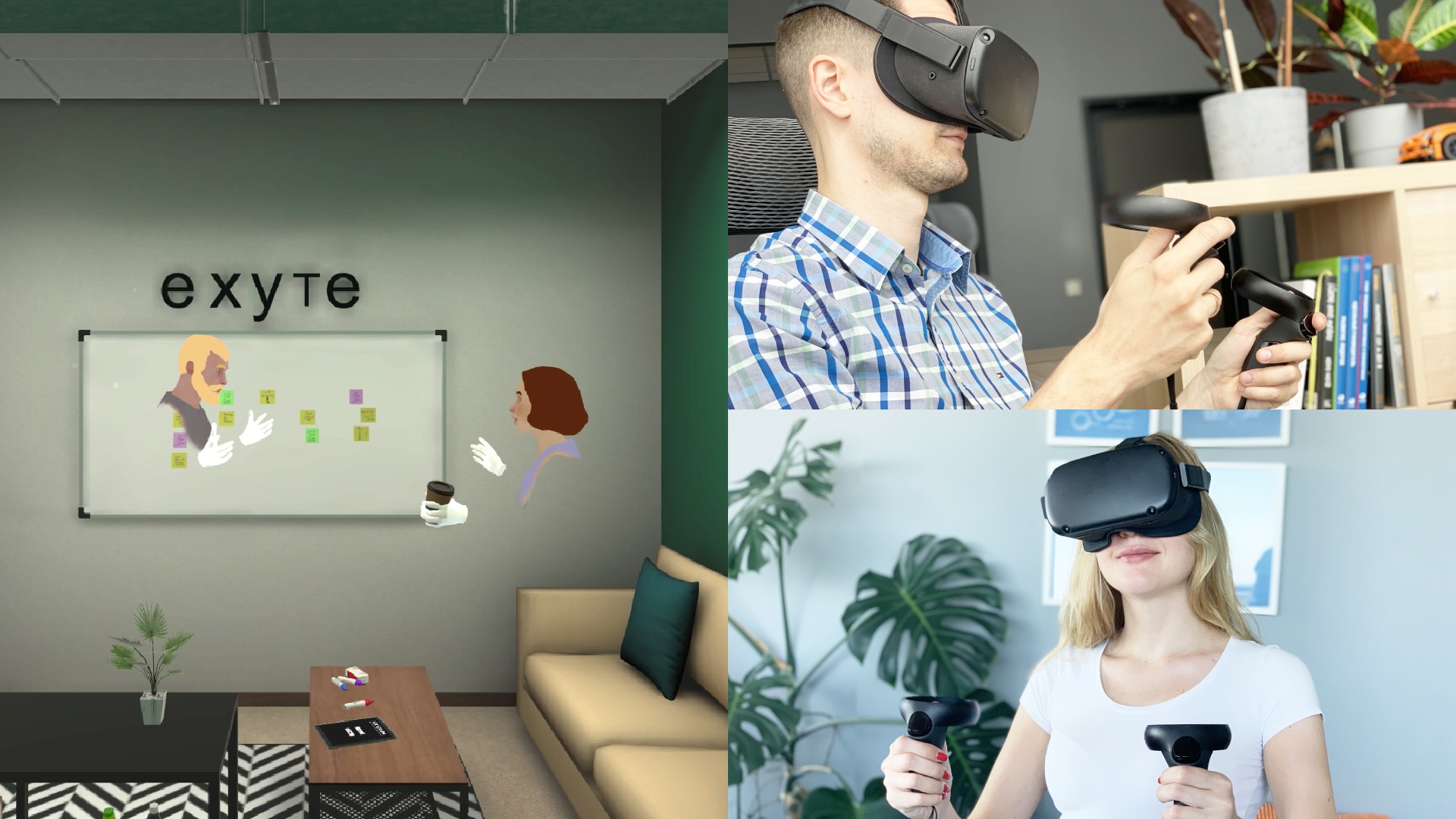 Since our recent move to full remote due to the safety measures connected with Covid-19, our team’s productivity and engagement dropped. To solve this, we needed to figure out a solution that would connect our employees across the Internet and improve the KPIs across the company.

We needed an app to make remote communication more like the real thing.

The exact solution was uncertain since we needed to brainstorm our way to a new product that will solve the problem, not only a technical solution for an idea of another company. 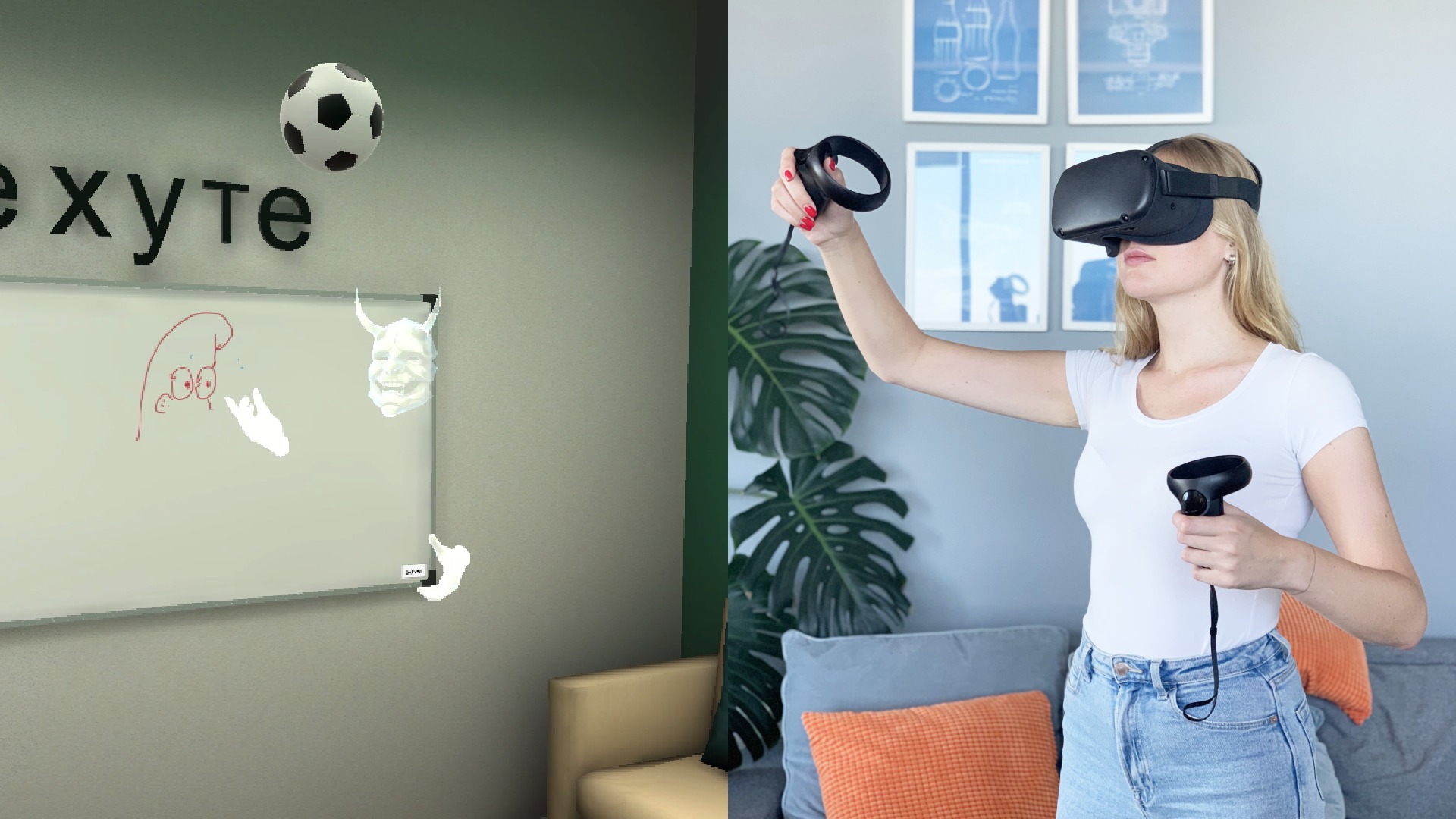 Furthermore, choosing Oculus Quest for the app came with performance limitations: the headset is at least 10 times less powerful than a regular PC. This is the reason most of the virtual meeting solutions utilize PCs instead of VR sets. To achieve smooth performance, we needed to carefully optimize the code and underlying assets.

We brainstormed our options and quickly came up with an idea to make a virtual reality replica of the office so that employees don’t feel like they are so far from each other.

Before creating our own app, we researched the available options of work collaboration tools, but there were no relevant apps for Oculus headsets on the Oculus Store. Therefore, we decided to create our own. 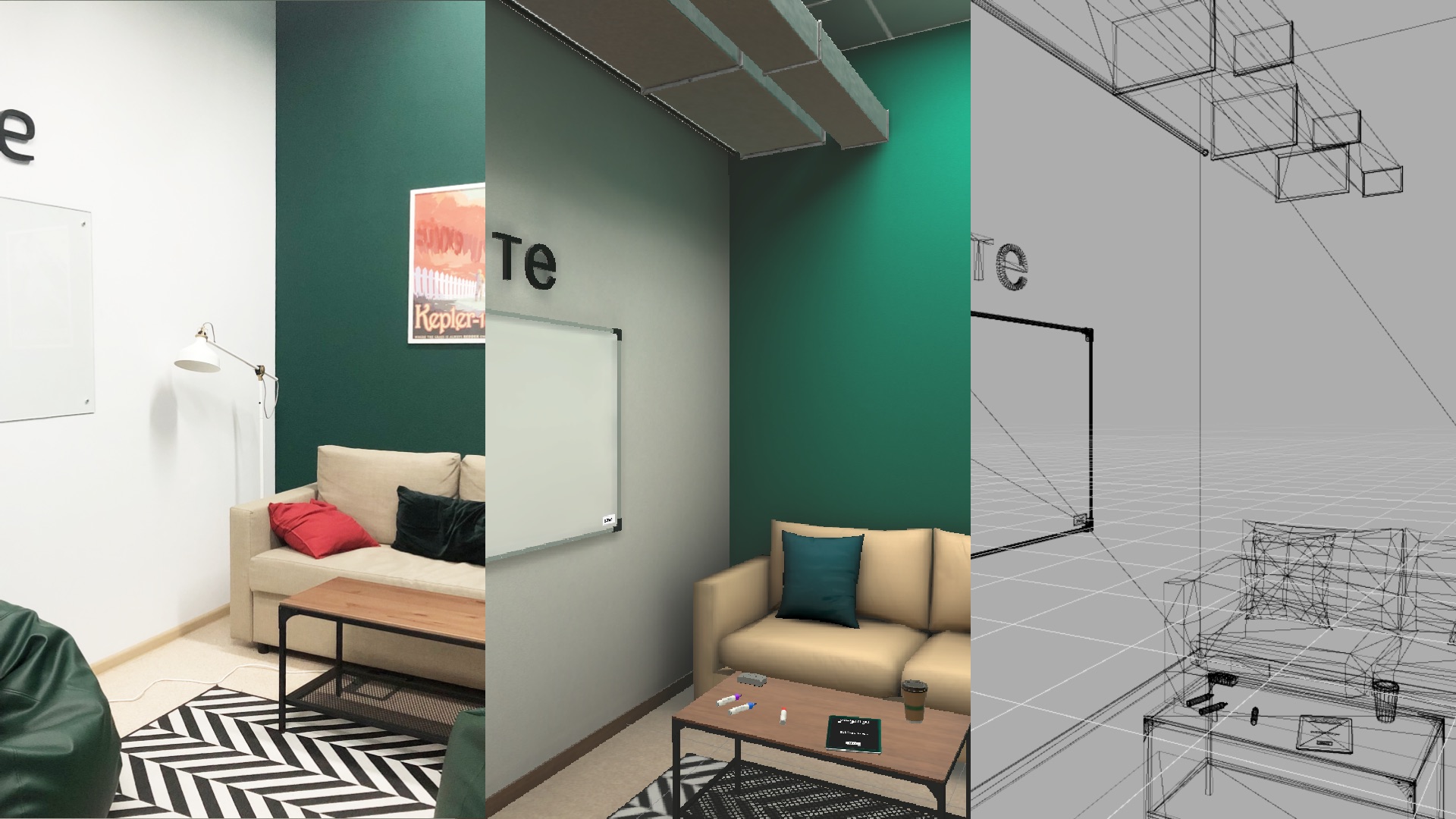 We used Unity as the foundation of our application. With it, we created a 3D-model of our room. To build an example version of the app faster, we chose to model only a few items and utilized ready-mades for the rest.

Using the Oculus SDK, we added interactivity to objects in the environment, making sure holding different objects looks natural for each of them. For multiplayer functionality, we used Mirror, a high-level networking API for Unity.

The development process took 3,5 months for one main contributor, and at the end of it, we had a fully functioning VR meeting room that can host up to six participants.

Some of the features of the room:

After initial testing in the company, we decided to release the app on SideQuest. The model of our meeting room will be replaced with locations like a space station and West World inspired bar. It will have additional features such as the possibility to connect to a meeting without a VR headset and bot integrations with Slack, Discord, Microsoft Teams, and Trello.

We’ve noticed that the app increased engagement in daily scrums and provided opportunities for entertainment between employees. Playing with a ball for a couple of minutes after the meeting boosts the mood for the rest of the day. Vimerum is currently being used in Exyte and will shortly be released as a free app available on the SideQuest store for Oculus.